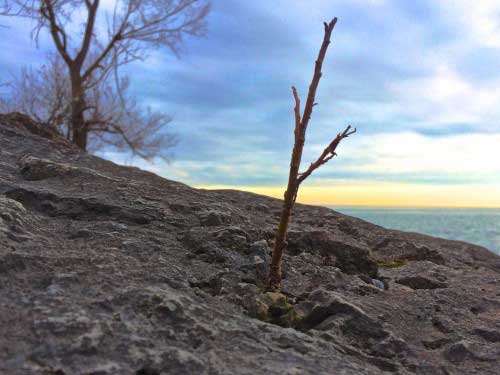 Austerity Measures might be as severe a situation as this seedling trying to root in a rock.
Image by Michelle B Lauzon

What do “Austerity Measures” mean?

These severe policies include “spending cuts, tax increases, or a mixture of both.” So we spend more on taxes for government services, but we get less services for our money.

People are protesting against the implementation of austerity measures in many places around the world.

The anti-austerity movement refers to the mobilization of street protests and grassroots campaigns that have happened across various countries, especially on the European continent , since the onset of the worldwide Great Recession. – Wikipedia

What does this have to do with minimalism?

Reducing spending until one is debt-free is, in itself, a sensible idea. This is a concept that most minimalists would agree with. However…

The difference between austerity measures and minimalism is all about our FREEDOM to choose how we want to live our lives because we see the benefits of that decision. When governments force us to cut back &/or pay more taxes, a natural reaction would be to resist this enforced change. Reductions in government spending and/or increased taxes can do a lot of damage to a lot of people. Austerity measures are based on severe restrictions and those decisions are out of the control of most of the people these leaders profess they represent.

Austerity is not Minimalism

Here at Abundant Minimalism, we’ve been enjoying the decision to live with less stuff and more freedom for many years. However, these choices were made based on our individual situations because we want to live this way. It’s not about deprivation or ascetic punishment. We don’t choose to live like monks. Abundant Minimalism is about celebrating a life that is more focused on our particular priorities, while reducing redundancies and distractions. It’s about only keeping the best, doing our best, and enjoying the best lives we can imagine.