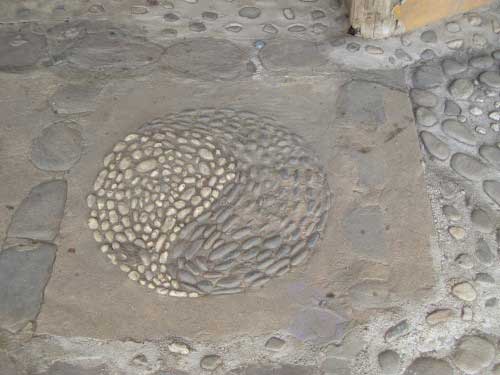 At various times throughout my life people have given me feedback about my attitude and habits. It is clear that they think I’m chronically upbeat. I won’t deny that I have chosen to indulge more in the happy side of things, but I actually have ups and downs, highs and lows, like everyone else. I mostly show the “Woo hoo! Everything is awesome!” side of myself, but I have no wish to be the annoyingly cheerful person; the one who looks at the bright side too much and ignores the dark shadows. I am not trying to paint too rosy a picture of minimalism, because every great painting needs contrast. If we never feel the crushing sadness of defeat, we will never fully experience the exhilarating joys of success. We need to have both sides for balance. So, for the record, this article will expose every bad thing I can think of about minimalism. I will even throw in some negatives that I don’t necessarily agree with, just to air all of the potential concerns.

The Dark Side of Minimalism

The fact is that nothing is perfect. Realistically, there are downsides to everything. So get ready to discover everything that’s wrong with minimalism. To get into character, I’m going to step into the shoes of some maximalists and describe the world from their point of view.

“Less is less and more is more, Michelle, so stop trying to trick us into thinking otherwise.

When you pack your one tiny bag to go on a trip for two weeks, you’re just showing off. It’s irritating. Plus you’re simply not going to look as fabulous, or have as smooth a trip as someone who brings a couple of big bags with a wide variety of awesome clothes and a selection of shoes.

Anyone can say they’re a minimalist, and they do! Some people say they’re minimalists, but they own twenty times more stuff than someone else who is a real minimalist. Maybe they live in a mansion and have a cottage or two, so their stuff is really spread out, which makes their spaces seem more minimalist. Another person living in a tiny one bedroom apartment, would have far less stuff, but their home would look and feel crowded and very un-minimalist. (I admit that it’s true. Minimalism is completely subjective. It’s about how we feel rather than owning a certain number of items. Minimalism is the solution to feeling crowded, chaotic and distracted by our obligations and possessions. The way the solution looks is different for everyone.)

Minimalists are in Denial of their True Desires

Really this minimalist movement is simply a way to justify living with less than they actually need, but pretending they’re okay with it. Like those people with their tiny homes. Really, if they had the money and the space, they’d simply live in a big huge house and stuff it full of as many toys as they could fit in there. They’re just lying to themselves and everyone else. They’re only making do with what they’ve got because the world has gotten overcrowded, we’re all using up too many resources, and the economy is wildly unpredictable. (Some minimalists are extremely wealthy, while others have fewer resources to start with. Minimalism is a choice, regardless of income.)

Minimalism Could Destroy the Economy

Our entire world revolves around capitalism and materialism. If we all became minimalists and decided to stop buying things, the whole system would collapse and we’d all suffer the consequences.  When we buy stuff, it pays someone’s wages, and others do the same for us. If we stop the cycle of consumerism, how will we all survive? (I really doubt that everyone will suddenly decide to become minimalists all at once. Over time, we could evolve new ways of showing that we value someone’s efforts. Rather than paying for work with wages or goods, we could reward each other with free time and a trade of skills. It would be exciting to see a new kind of economy develop that was not based on the need to continuously pillage the one delicate ecosystem we rely upon for our survival.)

You guys all have wayyyy too much time on your hands. I have a life. I’m busy making money and spending it. I don’t have time to be constantly questioning my priorities and getting rid of some perfectly good stuff that I might use one day. So what if my car doesn’t fit in my garage. That’s the way it’s always been and I couldn’t care less. You guys are just like those tedious vegetarians… so self-righteous. If you’re so concerned about the environment, why don’t you all join hands, sing Kumbaya, and go live like Sasquatch in the forest with your 100-or-less items. This is the modern world. Get with the program people! (If being thoughtful and concerned about the world and our continued existence offends some people, there’s no point arguing with them. They choose not to get it.)

Variety is the Spice of Life

I own a lot of things and I enjoy having a lot of stuff. I like to have choices. Sometimes I can’t decide, or maybe I just want the option to change my mind about things later. You minimalists reduce everything but that’s not how I want to live. It’s like everyone in society pressuring fat people to lose weight. Have you ever considered that some fat people might actually like being fat? They like to eat. I like to shop. That’s that. So stop guilt-tripping me. It’s my life. I can own as many things as I want. I don’t want to go on a clutter diet. I’m keeping it all. (I have no desire to try to force my lifestyle on anyone. If you want to keep every item you’ve ever owned, that’s your decision. I simply am offering some suggestions that may work for those who feel they are drowning in junk and want some solutions.)

Back in my Minimalist Shoes

Okay, so I really let myself have it there while speaking from the point of view of maximalists.

Minimalism is not for everyone, and that’s okay. I accept that being a minimalist takes dedication, decisiveness, and a desire to keep life as simple and streamlined as possible. Just as working out is not a one-time thing for an athlete; for minimalists, reassessing our stuff and our goals is an ongoing process. It takes some effort and some caring.

I admit that minimalism has some drawbacks, but it’s obvious that the awesomeness still outweighs the parts that aren’t perfect.